Servent of God and Founders 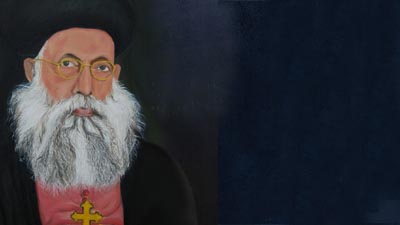 The late Archbishop, His Grace Mar Ivanios OIC, the founder of the Bethany Ashram was born on September 21, 1882 at Mavelikara. He born in the famous ?Mallitta? Panicker family to Thomas Panicker and Annamma Panicker., belonging to the Malankara Syrian Orthodox Church, he assumed the baptismal name Geevarghese. Young Geevarghese, a brilliant student in his early school days, of the age of 15 received minor orders and was sent to Madras Christian College for higher studies. There he obtained his Master Degree.

On 15 September 1908 Geevarghese was ordained priest by his Grace Vattasseril Mar Dionysius. Just after the ordination, Fr. P.T. Geevarghese was appointed Principal of M.D. Seminary, Kottayam. Later the young principal moved to Calcutta, accepting an invitation to teach in the Serampore College. During his stay at Calcutta Fr. P.T. Geevarghese concentrated his attention on the foundation of a monastic community as an instrument of spiritual renewal within the Syrian Orthodox Church. In his attempt, he was very well inspired by the Christian and Hindu monastic traditions. After making the necessary arrangements to begin such a form life he resigned his professorship at Serampore and started the community on August 15th 1919 at Mundanmala, Ranni, to which he gave the name Bethany Ashram which is officially known as the Order of the Imitation of Christ (OIC).

Within no time Bethany Ashram and its beloved founder came to the lime light of Malankara Orthodox Church and Abo Geevarghese OIC was consecrated Bishop of Bethany of May 1st 1925 and he received the new name Mar Ivanios OIC. His relentless search for truth in the ascetic atmosphere of Bethany Ashram led him to the firm conviction to reunite with the Catholic Church. On September 20th, 1930 Mar Ivanios OIC together with Mar Theophilos OIC and most of the members of Bethany Ashram embraced the Catholic Church. As later history reveals the reunion movement gained rapid momentum under the leadership of Mar Ivanios OIC, an eminent scholar, a man of great vision, a spiritual leader, Mar Ivanios OIC, rightfully earned the title of ?Newman of the East? even before his demise on July 15th 1953. 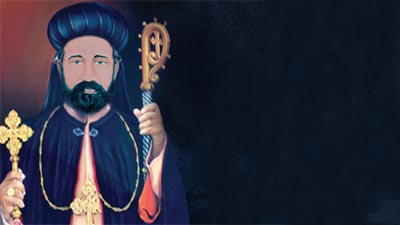 Jacob Mar Theophilos (21 February 1891 in Olassa, Kottayam, Kerala ? 27 June 1956 in Tiruvalla, Kerala) was the co-founder of the Reunion Movement and the first bishop of Eparchy of Tiruvalla of the Syro-Malankara Catholic Church. Jacob (Yakob) Mar Theophilos OIC was born as the first son of Abraham Tharakan and Achama of Kalapurackalveedu. After primary education from a nearby school, he completed matriculation from MD High School, Kottayam, where he later became a teacher. He longed to lead a life of priesthood by his own religious tradition by the inspiration of Mar Ivanios OIC, who was then Principal of the MD High School. Mar Theophilos received his sacred order of the Diaconate from Metropolitan Vattasseril Mar Divannasios.

Deacon Yakob (Yakob Mar Theophilos ) stood with Archbishop Mar Ivanios OIC in the founding of Bethany Ashram and later in embracing the Catholic Communion through the Re-union Movement. One of the first members of the Bethany Congregation was Fr. Yakob. He was the Guru (Master) of the Novices. He was ordained priest in 1924 and was elected and ordained Bishop after the name Yakob Mar Theophilos.

Mar Theophilos OIC gave full support to Mar Ivanios OIC in all his pioneering endeavours especially of the Reunion Movement. Though other Bishops backtracked from the decision of the Synod of Parumala held in 1926, Mar Theophilos OIC endorsed it with full conviction and commitment. Thus, he became one among the first five members of the Re-union Movement on 20 September 1930. When the Syro-Malankara Catholic Hierarchy was established in 1932, he was appointed the first Metropolitan of Tiruvalla. In 1933 Mar Theophilos visited Rome and paid his respects to Pope Pius XI. Many Churches, Schools, Infant Mary Minor Seminary (the first seminary in the Syro- Malankara Catholic Church) and the St. Joseph?s press were started by him. With the mission to spread the faith and to strengthen the Re-union Movement, he formed "Sakshyasangam"